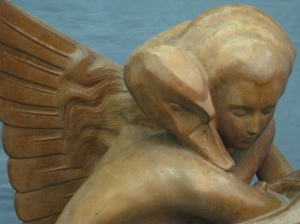 ‘Sometimes life goes wrong for the wildish woman from the beginning. Many women had parents who surveyed them as children and puzzled over how this small alien had managed to infiltrate the family.’

Ch.6 Women Who Run with the Wolves

I grew up continually bored.

I stole cigarettes from parked cars and raided my parent’s liquor cabinets while I was in middle school.

I skipped school and erased my absences from my report cards. Whatever the level of ‘acceptable’ was, I continually pushed it in an effort to test my fear and push my courage.

I tried to numb feelings

… because I had absolutely no other idea what to do with them.

‘See to it now that you spend less time on what they didn’t give you and more time on finding the people you belong to.’ *

A few years back, I came to this point in my adult life where I realized that I had tried to control, manipulate, gently coerce and scheme my entire life, playing this role I felt I had to play and trying continually to do what was expected of me, only to again and again and again hit brick walls.

I surrendered to the Goddess.

And just as it mentions in the Course of Miracles, instead of waking up to a brand new home with a white picket fence and birds singing,

God/the Goddess – whatever you want to call Divinity – took down everything.

She surveyed and said,

We must start at the beginning.

And so in my late 40’s and my second husband in his 50’s, he has left his salaried job and is working on his own company, and we are scrambling to make ends meet in the short term. I have a divorce filed but am hopeful that we will work out our differences.

I no longer speak to any of my family, his family nor my ex’s. Not because I refuse to, but because when I got honest and stood up and started speaking my truth, they disappeared.

I may not have that picket fence …

But the birds are singing

And I hear them.

In Clarissa Pinkola Estes’s book Women Who Run with the Wolves, Chapter Six – Finding One’s Pack, she speaks of the story of the ‘Ugly Duckling’. Hans Christian Andersen often wrote of orphans and this underlying theme of encouraging ‘outsiders’ to hold on til they find their own.

The past almost two years I have been hosting a women’s circle. At the door to the Moon Lodge, we set down our roles and expectations and come together to honor life, the earth, beauty, music, poetry.

We set intentions and share not in a ‘bitch-fest’ but as a means to keep walking forwards and to realize that we all face obstacles.

It has kept me going through some very difficult days.

I have bonded with these women, and together we have created something

My mother fears that I have forsaken my Catholic upbringing and become a witch.

I know witches. They are my friends.

In fact, I relate to a lot of Paganism with its reverence of Mother Earth.

But I also like parts of Hinduism, Sufism and many other traditions. I am no more a Pagan than a Hindu or a Sufi.

I am instead learning to be Myself

And figuring out exactly what that means.

Women’s Circles are as varied as the rest of life. Some are open to new people; some are closed. Some are based on Christianity: some Paganism or other traditions.  Some involve yoga.  Some are co-ed. Some involve singing, dancing, drumming, but others are book studies or craft based.

There is one out there for you.

* All quotes from Chapter Six: Finding One’s Pack: Belonging as Blessing. WWRWTW (Women Who Run with the Wolves)

See Sacred Circles Near You

The divine feminine app has been adding Sacred Circles and events since 2016. It is free to add your Circle or event information and free to search and see the details. In 2019, a Second Version was released with the News, Resource and Profile Member sections. Members make the Divine Feminine App possible, and we appreciate you! You can access the Divine Feminine App at either the website (theDivineFeminineApp.com ) or via a free smartphone app (links at top left of website or search in Itunes and Google Play stores.) The Divine Feminine App is a 'Dandelion Roots' effort (as opposed to Grass Roots - we are much more nourishing) and spread by word of mouth ... changing the world one Sacred Circle at a time.